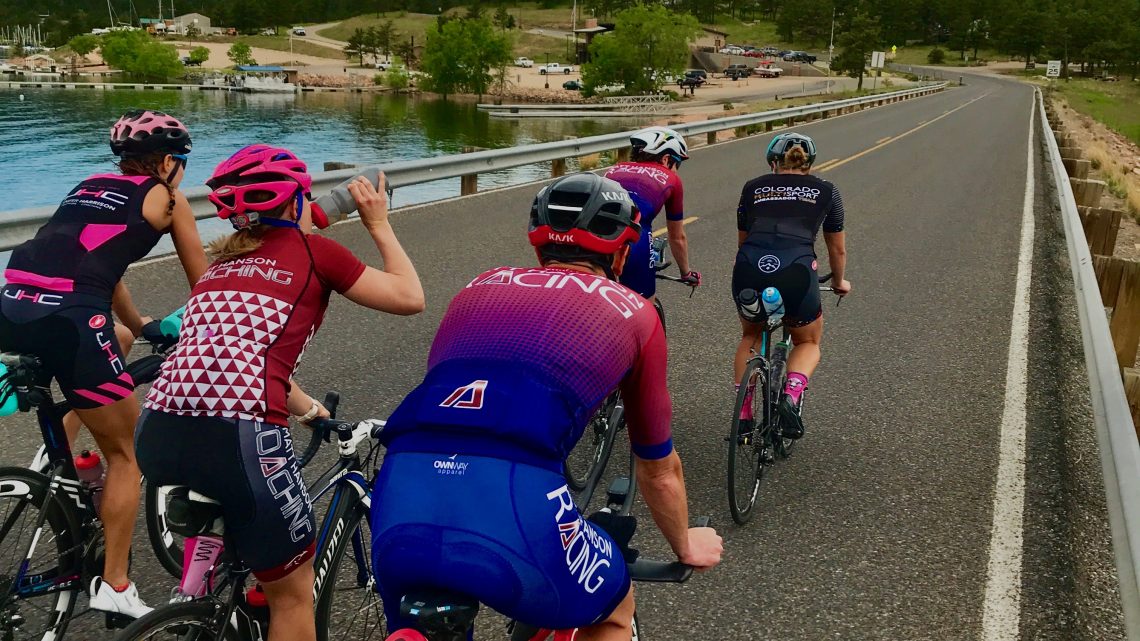 Altitude and the Endurance Athlete: What you want to know.

So a lot has changed since I wrote my last post on magnesium (Mg).  I accepted an assistantship at North Dakota State University to begin my doctoral degree in Sport Physiology and Biomechanics.  At the same time my roommate was in the process of selling the house I have been living at the past few years, so I had to decide if I wanted to find a place to live last minute to continue living and training at 7,500+ feet of altitude until I started school, OR move back to my home state of Minnesota, almost immediately.  I chose Minnesota.

All of my family is still in Minnesota including my two year old nephew, so I am back in my hometown for June and July, then moving to Fargo for my program in August.  Now, why am I bringing this up?  Well, the last six years I have lived at 7,500+ft of altitude and often running or cycling above 10,000ft, sometimes above 12,000ft.  There are A LOT of evidence based benefits to living and training in a hypoxic environment for improving endurance performance.

At altitude it feels as if there is less air.  This is slightly true, we feel this way because of the less atmospheric pressure, which means there is less oxygen molecules due to the decrease in air density.  So we feel a hyper-ventilatory response, and increase in fatigue, and also greater dehydration from the cooler and dryer air.

I am going to discuss the benefits of living at altitude and how to maximize training to go up to altitude from sea level to perform at your best while not being acclimated.

Adaptations from living and training at altitude

The Himalayan Sherpa’s, a population descending from Tibetan roots live between 4500-and 5400 meters, which also happens to be Mount Everest base camp.  This human population has shown extreme genetic and physiological adaptations from living at this altitude.  A few of these adaptations include increased skeletal muscle efficiency (mitochondrial density), greater oxygen delivery, lowered capacity for fatty acid oxidation in the skeletal muscle, and a greater protection against oxidative stress (Horscroft et al., 2017) The adaptations help the Sherpa population to perform at an outstanding level of physical performance at extreme altitude.  A trained athlete from sea level would have to live at these altitudes for a minimum of three months to start seeing any adaptations and 6+ months for acclimatization to start taking place.  Now it is not very practical to live and train at the base of Mount Everest, but there are many more accessible options with excellent training resources at moderate altitudes that endurance athletes tend to flock towards.

Popular training destinations such as Boulder CO, or where I moved from Alamosa CO, sit near 6,000-7,500ft.  Athletes can live in the city around 6000ft, and have many options to train at altitudes of 8,000-10,000ft in just a short drive.  Just like the Sherpan population, athletes who live and train at these moderate altitudes have an increase in various physiological adaptations.  When focusing on aerobic performance an increase in mitochondrial density, increased energy utilization efficiency, and increased oxygenated hemoglobin concentration.

Why is this important?

At sub maximal intensities in order for a muscle to produce force, it has to expend energy.  And at an aerobic state that energy is transferred to the working muscle via oxygenated blood.  For a sea level born athlete to move to moderate altitudes to begin aerobic training, they would experience roughly 10-25% decrease in overall VO2 Max (Naeije, 2010).  Adaptations will begin in 3-4 weeks of constant moderate altitude exposure with acclimatization happening around 3 months (Powers & Howley, 2012).

The mitochondria are the power house of the human cell and we store ATP (energy currency) in the mitochondria.  The mitochondria allow us to convert nutrition we ingest via food into functioning energy ATP.  Increasing the number and density of the mitochondria allows us to more efficiently convert food into energy and at a higher rate, so hence have more energy for the working muscles.  In order for mitochondria to do its job, oxygen has to be present (Powers & Howley, 2012).  And at moderate altitudes this places a higher stress on these mechanisms, creating adaptations.  Just like we stress a muscle and it adapts in size and force production, so does your mitochondria.

Increasing the hemoglobin concentration increases the ability to transfer that nutrient dense blood and oxygen to the mitochondria FOR energy production FOR force production by the muscle, which allows us to create repeated bouts of force, over a long time period, in aerobic events.  The longer we live and train at these altitudes the greater adaptations we receive and the greater we can perform at higher intensities at altitude.

Now, taking these endurance adaptations and going down to sea level to compete in an endurance competition further increases are efficiency.  Now that we have increased the density of our mitochondria, increased our oxygen carrying capacity, and efficiency, the energy metabolism of the human body is performing under much less stress due to the significant increase in available oxygen.  This allows us to work at higher maximal aerobic intensities, an increase in VO2 max over a longer time period.

In 10th grade I found my uncles high school cross-country t-shirt at my grandparent’s house, (we were also learning the human and plant cell in 10th grade biology at the time).  The front had the title “Hutchinson Cross-country” and on the back was a cartoon picture of mitochondria with a head band running and the title “making mitochondria”.  Needless to say, I got extra credit in my biology class for wearing this shirt to school that day.  Specific exercise training has increased mitochondrial density effects.

Long duration endurance zone training has shown to have an effect on these discussed adaptations.  Working at a sub maximal intensitiy over a long time is stressing our skeletal muscle in recreating energy with oxygen over a long period of time, and the longer we perform at these intensities the greater amount of stress, thus the ability for greater adaptation of the mitochondria (Lundby & Jacobs 2015).  This tells us the importance of base work and volume for endurance events.  Because with these increases we can find even easier connection to training at higher intensities up to maximal because this large amount of efficiency we now have.

However, time is often a factor.   It has been shown in cycling training in this “Sweet Spot” zone, which is around 90% Functional Threshold Power to increase muscle endurance, VO2 Max, and mitochondrial density (Overtan, 2016).  Adaptations from training in this zone begin, at about 30 minutes in total from intervals up to 2 hours of total time from intervals.

An athlete can also perform heat training to create similar stress responses.  Performing under conditions in one extreme could show similar effects as performing under conditions in another extreme.  This “cross-tolerance” is believed to have some similar response due to the stress placed at the cellular level. Heat acclimatization is a much easier process then altitude adaptation where it takes about 7 to 10 days (Gilum, 2017).  If you do not live in a hot environment you can spend time in a sauna following your training session.  This stresses our recovery process at the cellular level to work harder to recover.

Now all this being said there is a huge variability in how sea level born individuals responds to altitude, but these are certain methods to help increase ability to perform at altitude.   It is not fully clear that there is a best altitude training protocol or if it works for everyone, that is why it is most beneficial to maximize training that shows similar adaptations and to practice via trial and error additional methods such as heat training.  Therefore, for racing at altitude non-acclimated, the best method would be to show up the day before the event to limit the time spent at that stress and the sleepless nights.

Alright, to prevent further diving down this rabbit hole that is altitude, we will leave it here.  Please e-mail any follow up questions! lukus@matthansoncoaching.com